https://youtu.be/ZOgoTTvBUkY
Generative Change work is the “brainchild” of Robert Dilts and Stephen Gilligan. They met as students at the University of California at Santa Cruz through their deep involvement in the original NLP groups. In the late 1970s, they began pursuing different paths. Robert became one of the principal developers of NLP, creating generative new models and applications in the fields of health, creativity, and business development. Stephen received his doctorate in Psychology at Stanford University, and became one of the most important students of Milton Erickson.
In the mid-90s, mutual students of Robert and Stephen began pointing out important shared patterns in their work and they started to collaborate on different programs. They have continued that collaboration over the past 20 years, creating various models and methods of what has come to be called Generative Change work. This work has applications in many areas including: therapy, coaching, business, conflict resolution, community development, and group transformation. The IAGC is the culmination of these collaborative efforts. 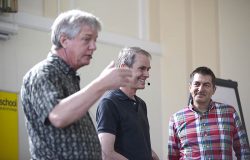 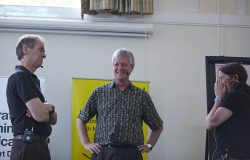 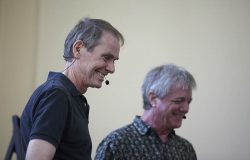 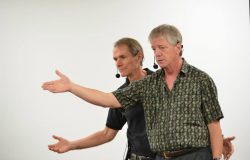 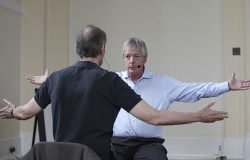 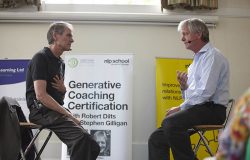 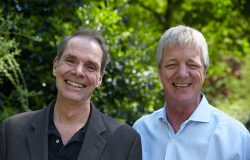 Robert Dilts and Stephen Gilligan first met over 40 years ago, while students at UC Santa Cruz. They each developed their own work in how to help individuals and groups create change. Around 20 years ago, they reconnected and began to collaboratively develop new ways to model, practice, a...